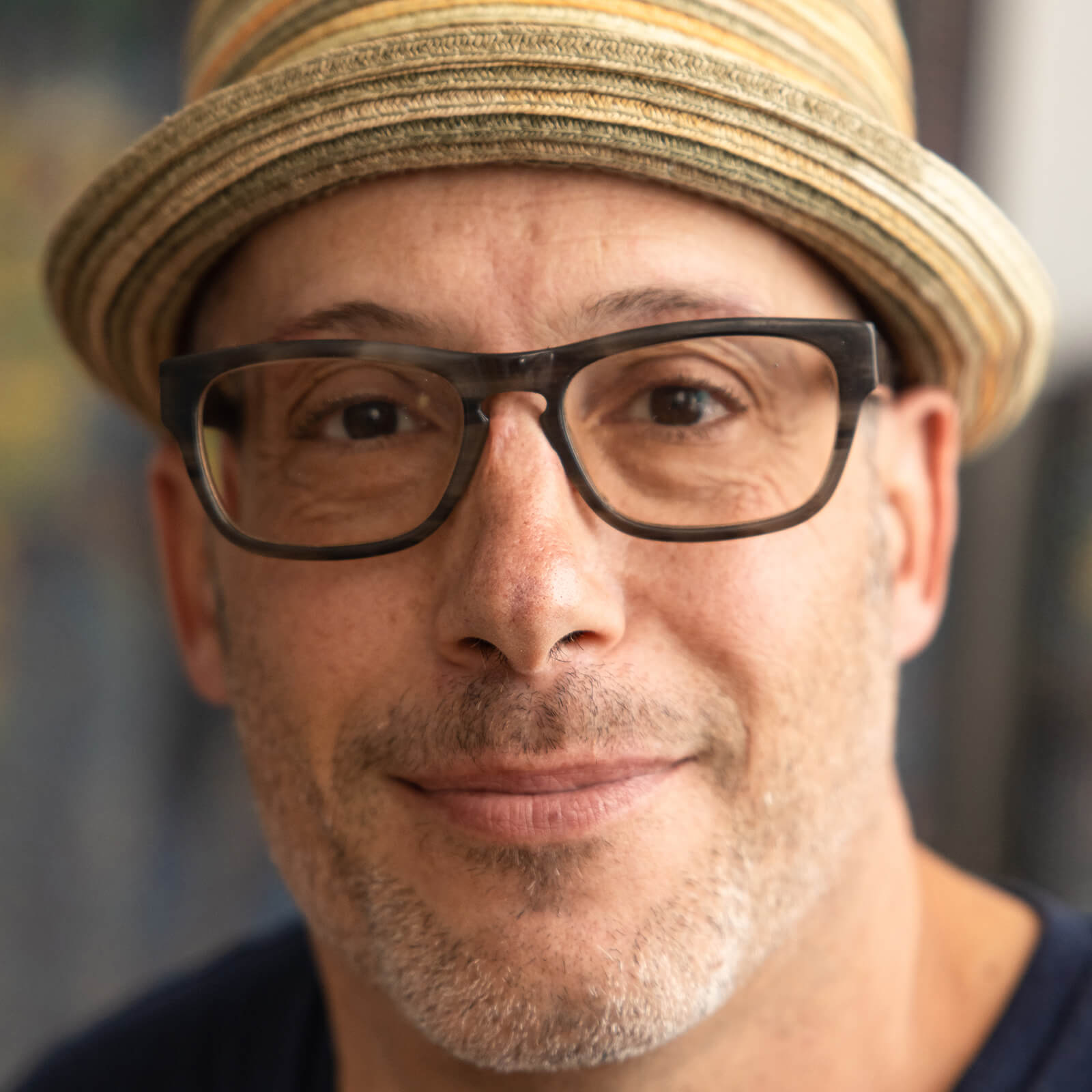 Hart’s process incorporates bubble wrap as his support to create two paintings simultaneously to different effect. While the Injection series works are photorealistic, the resulting Impression series paintings are less distinct and show how the paint reacts to the unique artistic method. The interaction between the Injections and Impressions demonstrates Hart’s intention of depicting the plastic quality of memory by capturing a moment and further portraying how the finite characteristics of that memory disintegrate and are manipulated with time. The Injection works are created through Hart’s application of acrylic paint with a syringe into each individual bubble. The material associated with protecting fragile items is instead used to protect an image, a moment in time. The pixilated effect that the bubble wrap endows on the painting references the common way in which we view pictures today, in photo albums saved online. Hart makes tangible files as a means of backing up the transient moment. The Impression series is comprised of paintings created from the paint remnants on the back, flat surface of bubble wrap. The subject matter is still distinguishable yet has a drippy appearance. The memory has since been obscured and exact details have blurred.

Bradley Hart lives and works in New York. He earned a B.A. in Visual Arts from the University of Toronto. Hart is represented by Anna Zorina Gallery in New York. and has been presented in numerous solo and group shows internationally. Hart has exhibited in art fairs around the world, and is held in private collections. Hart’s current projects include bridging the experience of his physical work into the NFT space.