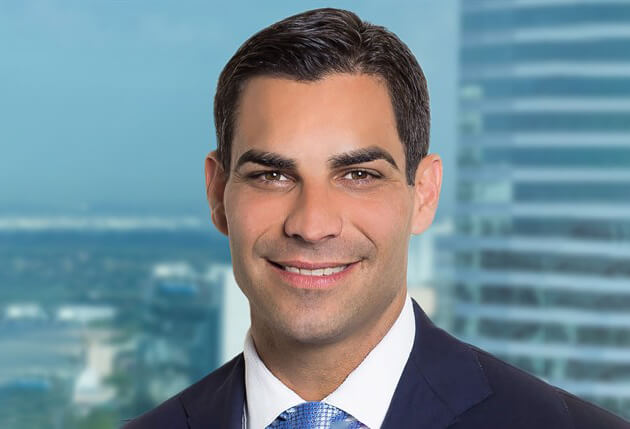 Francis X. Suarez is the 33rd Mayor of the City of Miami. As the first Miami-born mayor, he is committed to working diligently to serve the residents of the community where he was born and raised. Prior to being elected with 86 percent support from Miami residents, Mayor Suarez served as Miami Commissioner for District 4 during eight years.

Mayor Suarez is dedicated to elevating the quality of life of the residents he serves by focusing on transportation and connectivity, resiliency, and job creation by nurturing the growth of technology and innovation. He is also committed to expanding affordable housing, tackling the poverty pandemic and, as a corollary, reducing crime. The oldest of four siblings, Mayor Suarez was born into a family where, as he describes, “being socially conscious was a kind of requirement.” As the son of former City of Miami Mayor, Xavier Suarez, he was also exposed to public service since he was a child, growing up around his father’s office at City Hall, the same one he works out of today.