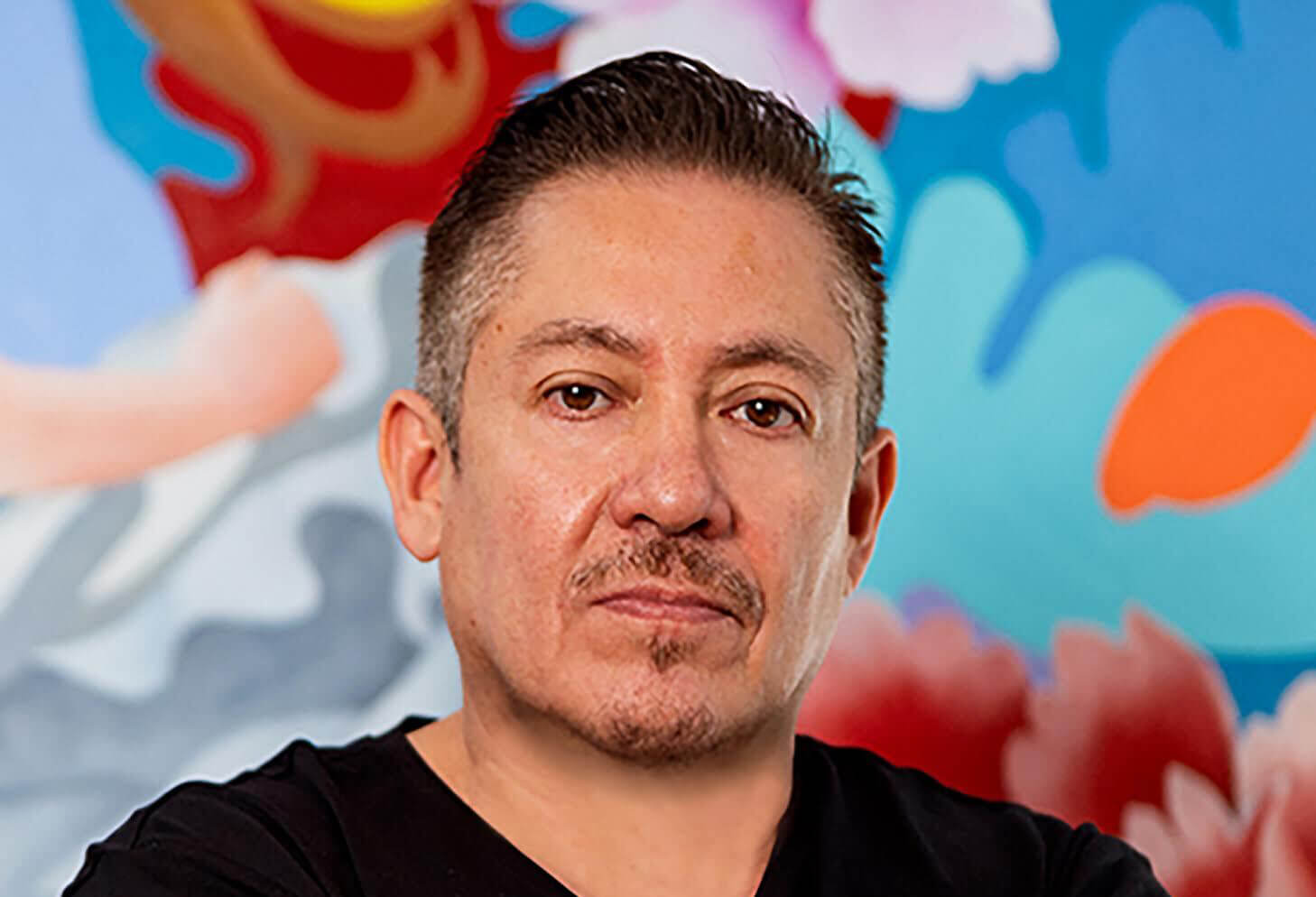 Paredes, a New York native, is an Urban Realist who combines cutting-edge techniques of street art, pop art and Japanese animation to create his own genre of trend-forward pieces. Drawing inspiration from pop icons such as his own mentor Ronnie Cutrone, Andy Warhol’s immediate assistant at The Factory during the notorious pop artist’s most productive and prestigious years, Warhol himself and Keith Haring, Paredes has created his own unique and explosive style. His combination of street graffiti, landscape and pop art have propelled his crossover from street walls, during his days as a student at the prestigious Fiorello LaGuardia High School of Music and Art in the ‘80s, to becoming a highly regarded creator of fine decorative art, prized by collectors from Los Angeles to Seoul.

As an extension of his artistic career, in 1998 Paredes created a graphics and printing company by the name of PKGRAPHICS.COM back in 1998, the success of the company grew nationally making PKGRAPHICS one of the leading companies in the nation commercial printing and today still serving clients nationally.. Paredes, now Miami-based, has become one of the local arts’ scenes most prosperous artists. “Pulgha World,” an 18×26 mosaic mural donated by the artist on August 2010, is a colorful landmark located in the heart of Wynwood Arts District and his nearby new solo space, Miguel Paredes Fine Art Gallery, opened on February 2011 to rave reviews. Furthermore, he recently became the first Miami-Dade resident to ever receive simultaneous proclamations from the City of Miami Beach and Village of Pinecrest honoring his artistic donation to the Miami Design Preservation League’s Art Deco Welcome Center and support of historic preservation, devotion to the city and positive impact on the community. Paredes continues to make his mark by further expanding his inspirational environment while simultaneously showcasing his works at local, national and international shows, including Artist-In-Residence at the iconic National Hotel during Art Basel Miami Beach, 2010.