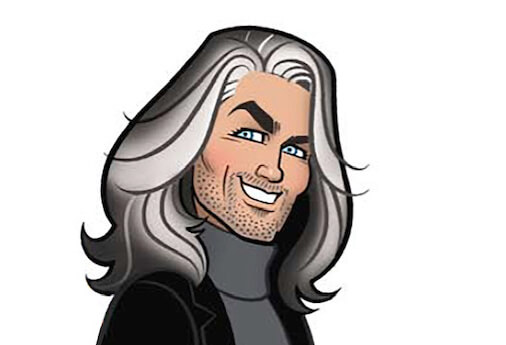 Wayne Scot Lukas has been a top celebrity fashion stylist for 38 years. He has worked with many of the most famous faces in the world.

Wayne was the featured stylist and designer for many New York Times-bestselling books, Timeless Beauty by Christie Brinkley; Making Faces and Face Forward by celebrity makeup artist Kevyn Aucoin. Wayne has also been featured in many fashion books and novels.

Wayne’s own memoir of his 38 years in the fashion business will be released in 2022.

Wayne worked on Tina Turner’s “Wildest Dreams” World Tour including videos as a costume designer and visual consultant. He created with Gianni Versace executing Wayne’s vision for Tina’s “24/7” World Tour. He designed and styled Janet Jacksons “All for You” World Tour including styling iconic award-winning videos, movies and appearances.

He created Janet’s infamous “wardrobe malfunction”costume at the 2004 Super Bowl; Wayne’s time and work styling Whitney Houston is iconic. Wayne designed wardrobe for Justin Timberlake for the award winning “Justified” World Tour. Several of Wayne’s costume designs are featured in The Metropolitan Museum of Art’s “Rock Style” exhibit, which traveled around the globe. Three of his designs were considered the best costumes in rock’n’roll history.

Wayne was the co-host of the hit TLC fashion intervention show “What Not to Wear.” On the Home Shopping Network, he created the fastest-selling line by a new designer in the history of HSN, He personally sold his LUKASTYLE collection on-air as a style expert. He also sold his successful line on SHOPNBC and Shop Canada.

Wayne has collaborated with the world’s leading directors and photographers. His award-winning work has been featured on HBO,VH-1,MTV,Netflix, HULU, Disney+ and BET this includes feature films and documentaries. Wayne has appeared regularly on “Inside Edition,” “Access Hollywood,” and “Entertainment Tonight,” “Extra” and CNN as a lifestyle / design expert. He was a featured interview in the National Geographic series The 2000s. The Super Bowl wardrobe malfunction was considered as one of the most memorable things to happen in the century. It helped create YouTube and TiVo.

Wayne is featured in the Emmy Award-winning documentary Kevyn Aucoin: Beauty & the Beast in Me and in the critically acclaimed Larger Than Life documentary. He is a featured performer and producer in the upcoming BAYWATCH: The Documentary. Wayne will be a featured player in Janet Jackson’s January 2022 release JANET: A 2-Night Documentary Event seen on A&E and Lifetime.

Today, Wayne is an author and a go-to social media expert, he’s also a brand consultant for designers, celebrities, films and Fortune 500 companies.